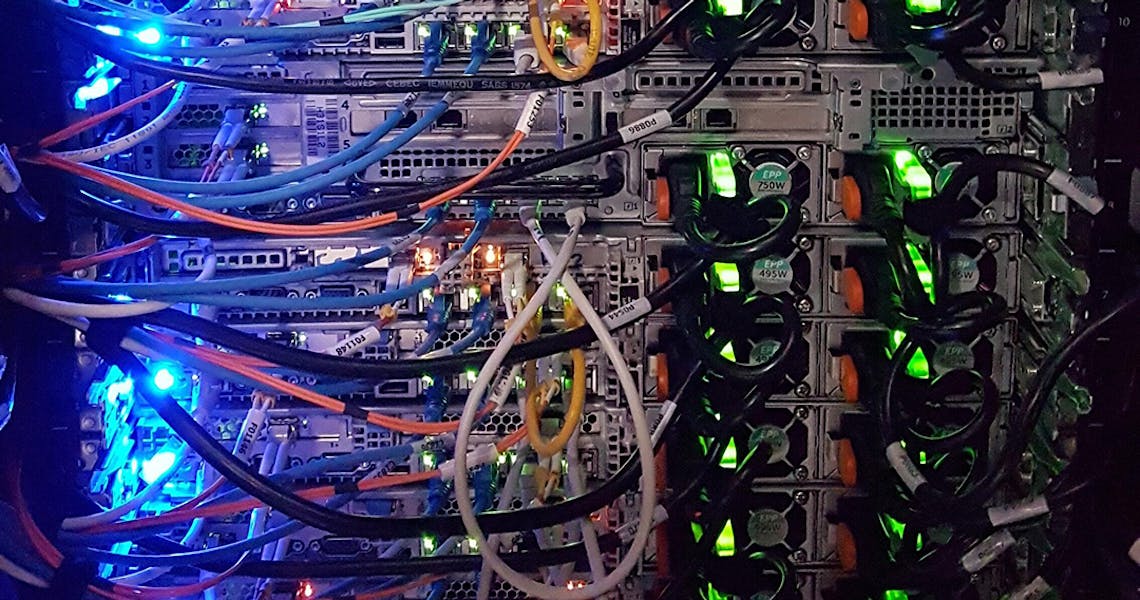 Blog
/Environments as a Service

IaaS vs PaaS vs EaaS and All the Others Explained (+ Diagram)

Thanks to the advancements in cloud computing, today, almost anything can come in the form of aaS (as a Service). From the well-known Software as a Service (SaaS) to more “exotic” offerings such as Artificial Intelligence as a Service (AIaaS), Blockchain as a Service (BaaS), or IoT as a Service (IoTaaS), all these systems have the same core characteristic: a web-based interface through which the customer interacts with the system.

Under the hood, we can talk about automation, which provides fault tolerance and resiliency and the ability to scale up, down, in, or out to meet capacity and performance requirements.

In this article, we’re going to cover some of the most used aaS models, along with some exciting news regarding our platform, Bunnyshell.

Infrastructure as a Service (IaaS) refers to using someone else’s infrastructure for your application. For example, if you’re using a remote server or cloud services (basically, if you don’t run your app on your own hardware), that’s IaaS.

The main advantages of IaaS are reduced costs and better security. You don’t need to invest in robust technology, you don’t have idle servers that only get used when you have a traffic spike, you don’t have maintenance costs, and your infrastructure is safe from physical disasters such as fire or floods.

One step further from IaaS is Platform as a Service (PaaS). To run an application, you need more than just hardware (infrastructure); you also need tools, applications, and databases. A PaaS solution can offer you all these things in one, so you can only focus on your app.

The main advantages of PaaS are, again, lower costs (you only pay for what you use, nothing more, nothing less), as well as ease of use (especially important since PaaS solutions are usually used by devs, not SysAdmins).

And last but not least, there’s Environment as a Service (EaaS). Also known as IaaS Plus, what EaaS does is that it extends traditional IaaS into application development - instead of just hardware and base software (IaaS), EaaS includes all code and settings along with infrastructure and software, which enables you to run an application in an isolated environment. Both the application and its environment run together in the cloud and are version-controlled.

Usually, these environments are used for performance testing, QA, sales demos, or large migrations; but they can also be used in production because they can help you achieve rapid program development and deployment without an extensive re-design of the program itself.

You can read more about Environment as a Service and its benefits in our dedicated article.

How Do IaaS, PaaS, & EaaS Relate to Each-Other?

IaaS uses virtualization technology to deliver cloud computing infrastructure, including servers, networks, operating systems, and storage. Basically, it provides the same technologies and capabilities as a traditional data center but without the need to physically maintain or manage all of it. The main difference between IaaS and PaaS, which we’re going to cover in a second, is that IaaS clients are responsible for managing applications, runtime, OSes, middleware, and data.

IaaS is the most flexible cloud computing model. Among its benefits, we can mention:

It’s because of these benefits that IaaS is perfect for most companies, from startups and small companies to large enterprises and businesses that are experiencing accelerated growth.

PaaS, on the other hand, delivers a framework developers can use to build upon and create customized applications. All servers, storage, and networking can be managed by the company or a third-party provider while the developers only maintain management of the applications.

There are many benefits to this type of system, including:

PaaS can be particularly useful if:

However, PaaS is optimized for cloud infrastructure, which means it can offer superior scalability and, most of the time, it also offers prebuilt tools and configurations that can accelerate your implementation process.

EaaS can be seen as a natural evolution of IaaS where companies can add extra functionalities to support more complex workflows and transaction types, like approvals or chargeback. By doing so, both applications and their environments can be version-controlled and managed as a single entity.

EaaS extends the traditional IaaS ecosystem into the application development space where advanced automation is used not only to configure servers for a particular application but also to deploy and test all its other components. Here’s an example of how it works: while build packages are created, tested, and staged for deployment, the infrastructure toolchain is provisioning the multi-server test environment needed to support the current app version. This level of automation enables organizations to deploy entire application environments consistently and reliably.

EaaS enables rapid application delivery and or continuous deployment without having to re-architect the application. It also helps reduce costs associated with application maintenance and support for apps that are not suited for a PaaS solution.

Other “as a Service” Models

As we mentioned at the beginning of the article, today, almostanythingcan comeas a Service; there’s even an acronym for that: XaaS or EaaS (Anything as a Service). Here are a few more examples:

Which Is the aaS for You?

Today, due to the diversity of tools, clouds, and services, software development is more complex than ever, and choosing one aaS over the other can become quite challenging. But it doesn’t have to be.

At Bunnyshell, we’ve mastered the art of creating environments, and now we put our Environments as a Service solution at your disposal so you can enable your team to get feedback and innovate faster than ever before while increasing the ability to exceed financial targets. By using our solution, you’ll maximize efficiency, reduce costs, and maintain the resiliency and security you need to drive meaningful innovation.

Preview Environments - How Can I See Changes Live Before Merging to Master?

What Is Engineering Enablement and How Can It Improve Efficiency?

What is EaaS and Why I Joined Bunnyshell

"Can I Get a Staging Environment?" - Answer this question once and for all

How to Reduce Development Time by Using Fresh, Innovative Solutions

What Is a Dev Training Environment & How to Use them Efficiently

How to Scale SaaS Product Features Development with EaaS