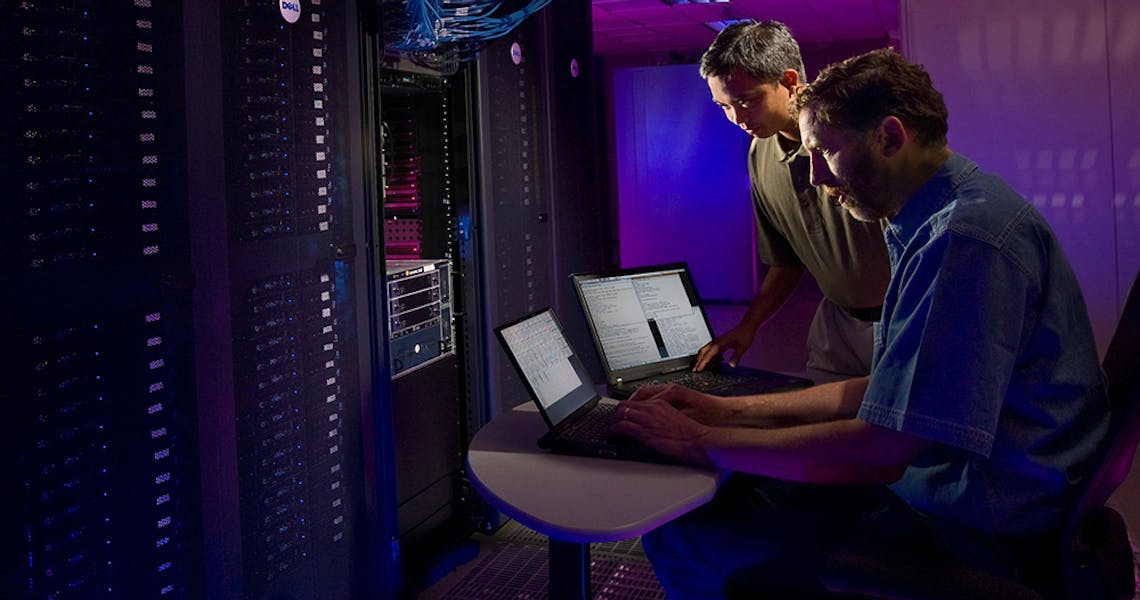 DevOps is the process of integrating development and operations, while DevSecOps is a subset of that which focuses on security. The two concepts are not mutually exclusive, but they do have different goals.

A proper understanding of both will allow you to create a more secure environment for your company’s data by leveraging the strengths and minimizing the weaknesses in each approach.

DevOps and DevSecOps are often discussed as if they were two opposing forces. However, the discussion is a bit more complex than that. Indeed, the two terms can’t be used interchangeably. Still, some experts argue that DevSecOps, in some cases, is not only compatible with DevOps but also necessary for it to work optimally.

In this article, we’re going to provide you with an:

Lastly, we’re going to take a look at Rugged DevOps and how it compares.

DevOps is a set of practices that aim to unify software development and IT operations. The goal is to improve the flow of work from coding, testing, and deploying code on production servers while also reducing risk at every step.

The word “DevOps” was coined in 2009 by Patrick Debois, who wanted a way for developers and sysadmins to communicate better.

Around this time, there were many high-profile outages due to poor communication with developers, which led companies like Adobe, Facebook, and eBay to adopt DevOps principles as part of their culture so they could avoid these problems.

DevSecOps is a set of principles and practices that helps organizations secure their software, infrastructure, applications, and data. It’s an evolution of the traditional security approach, which mainly focused on protecting the perimeter.

Continuous Integration (CI) is a process that merges code changes to ensure the latest version of this software is available for developers. This helps programmers make sure they’re on the same page as other team members and reduces bugs in new versions before deployment.

Continuous delivery and continuous deployment (CD) is a strategy to automate updates and increase efficiency. It can be used as an alternative to the traditional iterative, linear software development models like Waterfall or V-model.

Microservices are small pieces of an application that, when combined, create an entire system. By implementing microservice architecture, developers and tech teams can break down the complex code into small pieces for easier management.

Infrastructure as Code (IaC) is a trend that allows you to design and implement infrastructure needs through code. This new system removes the need for IT professionals to manually configure servers, install software packages, or manage operating systems remotely, which would require hours of manual labor.

Monitoring: in data monitoring, collecting and analyzing application data for the purpose of learning how to improve is an important factor in both DevOps and DevSecOps. To optimize the application’s performance, minimize its attack surface and improve your organization’s security posture, it’s essential that you have access to real-time data.

DevSecOps is about bringing security closer to IT and business objectives by minimizing vulnerabilities earlier in the application development life cycle. The “rugged” term of DevOps is an accelerated approach where safety parameters are practiced at the start. The penetration tests used throughout the development cycle can lead to a clearer understanding of possible risks and increased confidence in what you create.

In a DevSecOps environment, IT professionals work with developers to automate security checks throughout the development cycle. Ruggedizing processes means making security a top concern for both parties involved in software deployment.

Rugged DevOps is a philosophy that emphasizes the need for transparency and collaboration between development teams, security teams, and operations teams. This methodology helps developers understand the impact of their code on risks related to security.

Rugged DevOps also advocates incremental improvements in practices by building continuous delivery pipelines with built-in audit trails. This can be programmed into compliance standards at any time. It’s also common to use third-party software applications just so you are always using the current version.

As DevOps and other related methodologies continue to change, the use of automation is an increasingly important factor in development. One key difference between these two methods lies in how they prioritize delivery speed versus security: while one prioritizes that over all else (DevOps), the other changes security, so it’s considered more than just a side issue.

DevSecOps methods have a lot of benefits for both security and development. Initially, they will likely take longer to complete, but that time investment is worth it in the long run as codebases are protected from their very beginning by DevSecOps processes. After some training with your team, you can see improvements in not only deliver speed but also stability.

If you’re looking for a way to get started with DevOps automation today, feel free to check out Bunnyshell.